The 5G Agenda and the Dangers Exposed 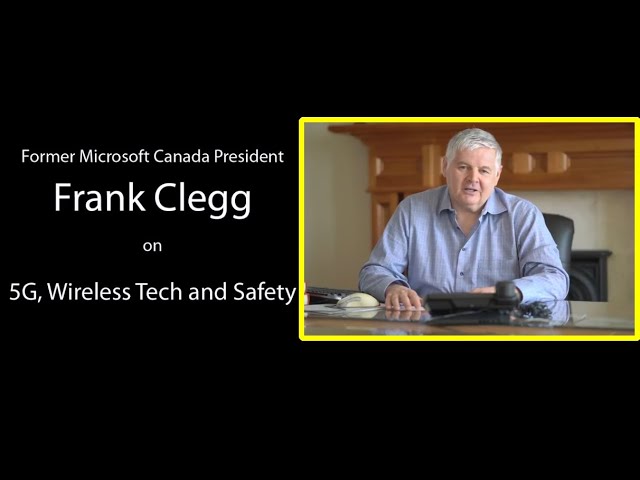 We Have No Reason to Believe 5G Is Safe

Read what WHO has to say.

Arthur Firstenberg is a scientist and journalist who is at the forefront of a global movement to tear down the taboo surrounding this subject. After graduating Phi Beta Kappa from Cornell University with a degree in mathematics, he attended the University of California, Irvine School of Medicine from 1978 to 1982. Injury by X-ray overdose cut short his medical career. For the past thirty-five years he has been a researcher, consultant, and lecturer on the health and environmental effects of electromagnetic radiation, as well as a practitioner of several healing arts.

The soundtrack is from an audio recording of an interview conducted by Tonio Epstein and scientist Arthur Firstenberg that was published on Soundcloud by WGDR, Goddard College Community Radio, Plainfield, United States, on April 6, 2018.

PDF: PUTTING THE EARTH INSIDE A HIGH-SPEED COMPUTER

ON MAY 26, SPACEX FILED an application with the Federal Communications Commission for 30,000 “next-generation” (“Gen2”) satellites. They will orbit at between 328 km (203 miles) and 614 km (380 miles) in altitude. They will use frequencies from 10.7 GHz to 86 GHz. They will aim focused beams that will cover the Earth in a mosaic of overlapping cells, each cell being about 8 kilometers in diameter. The databases filed with the FCC by SpaceX indicate that 40,700 1-MHz channels are available to each satellite, and that a minimum of 7.8125 MHz of spectrum is needed for each user, if I am interpreting them correctly. Which means the Gen2 Starlink satellites could be capable of serving up to 150 million Internet users at the same time. This is not a good thing.